How will the NSW COVID Outbreak Affect Interest Rates in Australia?

Lockdowns, where many businesses are closed and workers’ and consumers’ movements are restricted thus impeding their productivity negatively affect economic growth.  This has been clearly demonstrated both in Australia and overseas, with the adverse consequences largely being proportional to the severity and duration of the lockdown in all cases.  The RBA has previously acted to reduce interest rates and initiate quantitative easing programs in response to negative shocks to the Australian economy caused by lockdowns.  It is likely this policy will continue, but with interest rates already at 0.1% and the RBA stating it does not wish them to go negative, it seems unlikely the RBA will cut interest rates further. The RBA will most likely stimulate the economy through an extension of the current quantitative easing program if it feels it is necessary.  It would be illogical to raise interest rates while “printing money” as the whole purpose of raising interest rates is to restrict the money supply (making borrowing money more expensive) so before any interest rate rises occur in the future, quantitative easing programs will need to be curtailed and possibly reversed.

Any future interest rate rises and their timing are therefore likely to be linked to the length and duration of the current lockdowns and the extent of the economic damage caused and the time taken for the Australian economy to recover as well as the effectiveness of policy responses.  This can be clearly seen by considering the rate of unemployment. This is likely to rise proportional to the severity and extent of the lockdowns as businesses fail or retrench. Logically the higher unemployment rises the longer it will take in the recovery phase to drive unemployment back down to the level needed to cause wage or inflationary pressures at which point the RBA may consider interest rate rises.

In NSW, COVID case numbers continue to rise with the 7 day average of new cases having increased every day since 19 July.  If present trends continue, daily case numbers will reach around 1,000 by the end of August.  The virus is currently spreading to regional NSW and outbreaks almost certainly linked to NSW have occurred in the ACT, VIC and QLD, with the ones in the ACT and VIC as yet not under control and no absolute certainty of them being able to be quashed based on the NSW experience.

Actions taken by the NSW government indicate it is struggling to control the spread even with increasingly harsher and more widespread lockdowns but it is also easing rather than tightening some restrictions by allowing construction to restart and for tradespeople to travel from the most affected areas to anywhere in NSW for work if they are vaccinated. NSW Chief Health Officer, Dr Kerry Chant, recently said the aim was now control rather than elimination of the virus.

Even at a national vaccination rate of 80%, experience from overseas and the best medical research, shows vaccinations with Pfizer and AstraZeneca reduce the risk of hospitalization and death significantly, but have a lesser effect in lowering the mild infections and transmissions.  Therefore, even at an 80% vaccination rate removing all lockdown restrictions will almost certainly expose the 20% of the population (and those under 16 years old) that is unvaccinated to the virus while they are unprotected.  In Amicus’ opinion, it is not likely the NSW government will ease restrictions significantly such that the unvaccinated are exposed unless and until they had been given every opportunity to be vaccinated.  To do so would be immoral and unethical as well as disastrous politically.  Some restrictions will need to remain in place to avoid the hospital system being overwhelmed by an explosion of cases, so easing of restrictions when they begin will happen very slowly and gradually.

Using Britain as an example where the delta strain is dominant, the country now has over 70% of its adult population vaccinated and new cases have stabilized at around 30,000 a day and deaths at 9 per week per million of population (693 deaths in the last week).  The equivalent figure for Australia currently is 0.5 deaths per week per million of population. In Amicus opinion Australians would not wish their leaders to move to minimal restrictions if it had similar effects to those in the UK. i.e increasing the current Australian death rate by a factor close to 20. Politically, the current statistics are viewed favourably in the UK given where they have come from, but the opposite is likely true for Australia given we will be moving up to those death rates rather than down so there will need to be volte face amongst Australians in regards to their current attitude to the balance between lives and livelihoods.

The situation in other European countries is similar and even taking the example of Malta and the UAE which have the highest rates of vaccination in the world (at above 90%) their death rates are currently 14 and 3 deaths per week per million of population, way in excess of Australia’s current figures. Such outcomes are unlikely to be viewed as “successful” by Australian voters in the 2022 federal election year and therefore not a path the federal government is likely to implement via National Cabinet without a change of sentiment amongst the population.

There could also be a potentially interesting situation created if some or all of the other states and territories can continue to keep their jurisdictions virus free over the coming months.  Will any of these premiers wish to open their borders to plague ridden NSW (even at 80% vaccination rates) when to open borders will mean moving from a situation of few restrictions, no cases and no deaths to one of many cases, some deaths and as yet undetermined restrictions to keep cases at acceptable levels so their health systems are not overwhelmed? It is not hard to imagine Labour Premiers, Anastasia Palaszczuk, Dan Andrews and Mark McGowan telling Gladys Berejiklian and Scott Morrison they aren’t going to allow them to kill any “banana benders”, “cabbage patchers” or “sand gropers” with their Liberal party inspired policies of putting livelihoods ahead of lives.

Amicus therefore finds it hard to envisage a situation where lockdowns in some form will not be extended beyond Christmas and hard borders between NSW and other states may be maintained well into 2022 in the event the virus does not spread nationally.  The economic damage from lockdowns is likely to be extensive and ongoing so in Amicus’ opinion, our current forecast is for no interest rate rises for many years. 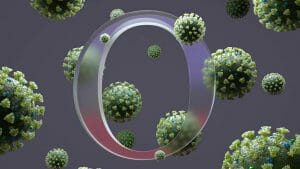 How Omicron will Affect Interest Rates

The new COVID-19 “variant of concern”, Omicron, seems to be far 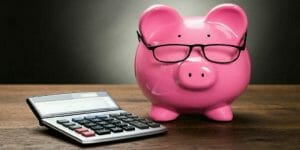 Improved Results for the Major Banks 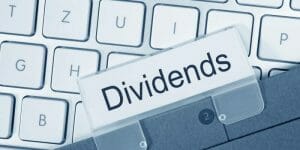 The latest update published on 1 October 2021 from the Liquidator